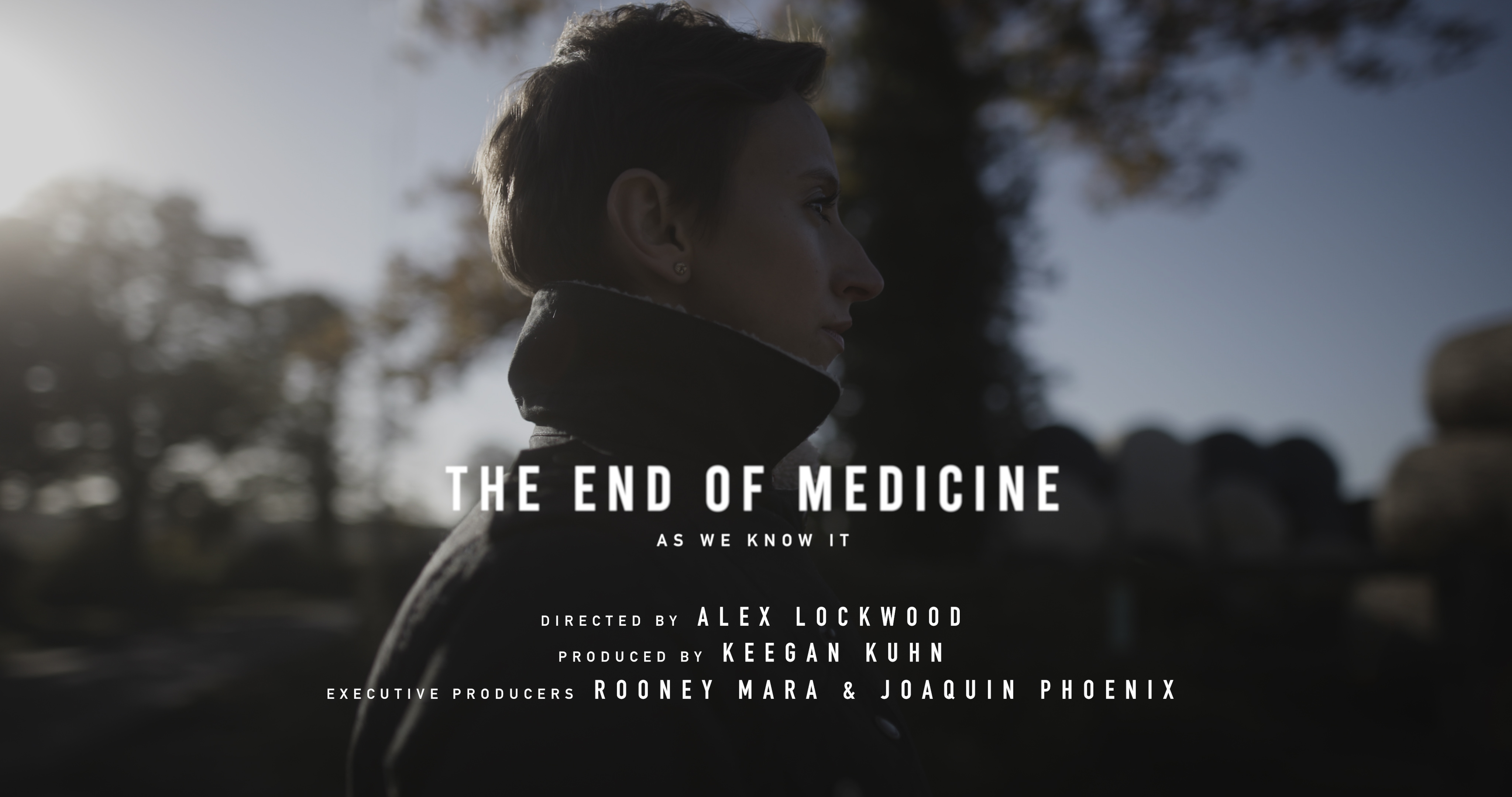 Amid a global pandemic that has killed millions, one crucial question has been largely ignored: how did this pandemic arise? Now, a new documentary film is shedding light on the answer.

Created by BAFTA award-winning Director Alex Lockwood (73 Cows), Producer Keegan Kuhn (Cowspiracy), and Executive Producers Joaquin Phoenix and Rooney Mara, The End of Medicine exposes the significant links between the rise in infectious diseases and animal industries, such as the wildlife trade and animal agriculture. The film highlights the way in which we treat animals drives the emergence of major health threats such as pandemics, chronic disease, health inequities, and antimicrobial resistance.

The film follows a journey of discovery about these health threats through interviews with world-renowned scientists and public health experts. “As a scientific organization, we know that sustainable health must not only incorporate modern ways to develop drugs and vaccines, but also mitigate the causes of diseases,” says CCS Co-founder and CEO Dr. Aysha Akhtar, who previously served in the FDA’s Office of Counterterrorism and Emerging Threats. “I am proud to be featured in the film and serve as a scientific advisor. Health agencies are being negligent by not informing the public about the causes of pandemics.”

“We have been frustrated with the failure of mainstream media to properly address the threat of disease coming from animal agriculture, both before and during the current pandemic,” said Lockwood and Kuhn. “The End of Medicine is an alarm bell and warning of what is to come if we don’t change.”

“We hope that The End of Medicine is an eye-opening call to action and ignites a spark of willingness to change our habits. The science is irrefutable,” Rooney and Joaquin said in a joint statement.